Cathie Fraser, President
Message from the President
UPDATES FROM THE PRESIDENT 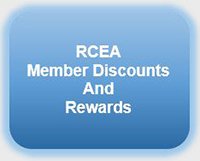 Following the email from the President, KITS is taking steps to support telework for the majority of NRC employees. This will be organized in phases over the week as we receive everyone’s IT requirements…

For more information on the COVID-19 situation, please visit the Government of Canada main site on COVID-19 and the World Health Organization website.

In the last round of bargaining, the employer, in exchange for a longer period to implement the terms of the new collective agreements, agreed to pay all employees a $400 non-pensionable bonus. This money was paid on Dec. 11, 2019.  We have heard from a number of members who have expressed surprise at the actual net amount that they received. In some cases, union dues and parking were deducted in error.  But these errors do not account for the small amounts that some members are actually getting. The RCEA is looking into this.

In the meantime, it would be very helpful if we could get a better idea of what members actually received.  Please send us an email at office@rcea.ca with the dollar amount that you actually received.  This data will be collated anonymously with no reference to name, group or email address.

The Government remains determined to address the impacts that the implementation of the Phoenix pay system has had on public servants.

Today, as part of its implementation of the agreement on damages caused by Phoenix, the Government launched a process by which former employees can request the general compensation for damages, which is a payment equivalent to the leave credited to current employees. This is part of the joint agreement co-developed with federal public service unions in June, 2019 to compensate more than 140,000 current and former employees. …